Water Rower vs. Air Rower: Which is best?

Since the first machine was patented in 1872, rowing machine technology has steadily advanced. It took a hundred years, though, for manufacturers to realize that the best way to simulate the on-the-water rowing experience was with – duhhh! – water!

The first water rower was patented in 1988 and, over the last three decades, they have evolved to a high state of technological and biomechanical efficiency. But are they better than an air rower?

In this article, we confront that question directly with our air vs water rower head to head.

Don’t have time to read this complete water vs air rower comparison? No worries – here’s the key point breakdown …

For over a hundred years, rower manufacturers have been simulating the water rowing experience using everything from resistance bands to hydraulically compressed air. It’s taken more than a century to realize that the best way to simulate water rowing is to actually use water as the resistance.

In the last decade, however, water rower technology has moved ahead at speed.

Here’s a breakdown of the key features.

The core of the water rower is its water tank resistance. The rower looks much like an air rower except that, instead of a large flywheel at the front, you have a water tank.

Inside the tank are paddles that are turned when you pull on the rowing machine handle. This causes the water to spin, causing resistance. As a result, you can get an experience that is very close to the actual on the lake effect.

Just like on the water, the faster you row the more water resistance or drag, you generate and the harder the workout becomes. That’s because there is more resistance generated against the paddles, which simulate the oars on a rowboat.

The actual increase in resistance that is generated through water rowing is dedicated to what is called the rule of cubes. According to that rule, a doubling of the speed of your row will result in an eight-fold increase in the amount of resistance you will experience. That means that you can generate a powerful lot of resistance on your water rower, and you can do so without a pause.

Accordingly, a water rower does not have resistance adjustment settings. Of course, you can add or subtract water from the tank but, unlike what some people think, doing so will not change the resistance level. What it will do is to adjust the amount of weight that you are moving. You could liken it to rowing with a heavier or lighter boat.

Owning a water rower means that you have to fill the tank (unless the company you purchase from includes this in the service) and adjust the water levels according to your preference. When you are setting up the machine, you will need to fill it with water to the level indicated in the user manual. You should use plain tap water.

The only maintenance needed will be to drop in a chlorine tablet once a year.

The side of the water tank has a gauge that indicates the water level. As a general guide, children should average 13 liters in the tank, while women should fill to the 15-liter level and men should row with around a 17-liter tank.

Clearly, the differing water levels could be a problem when different family members are using the water rower. Having to add or subtract water for each user is a tedious possibility but unless there is a clear issue for a user you should be fine setting it at the manufacturer’s recommended level and forgetting about it.

Having compared plenty of water and air rowers, it’s pretty clear to me that water rower monitors are not as impressive as those that can be found on some air rowers. I haven’t come across any water rowers monitor that I would classify as outstanding, though there are some air rowers that I would put in that category (think the PM5 on the Concept2 RowErg).

A water rower will not measure your training statistics (stroke tie, split time, rowing speed, etc) as accurately as an air rower.

If getting the most accurate, advanced monitor to track your workout is important to your water rower experience, the S4 that comes with the WaterRower brand of machines (pictured above) is the best that you’ll find currently.

The water rower will produce some noise but it won’t be as loud as the gushing sound of air rushing through. The sound of water churning through the tank is actually quite calming and relaxing for many people. It also adds to the whole on-the-water experience.

Unlike with an air rower, the noise coming from the tank, measuring at about 60 decibels, won’t be enough to interrupt someone’s TV watching or annoy the neighbors downstairs.

As with air rowers, water rowers come in a range of designs and finishes. You’re more likely, however, to find a water rower that could easily double as a stylish feature piece of furniture for your lounge room than if you were to buy an air rower.

Some manufacturers, such as the WaterRower company, produce machines that are finished in polished timber that looks tremendous. The timber look also serves a practical purpose; it helps to absorb vibration, reduce noise level and increase the frame strength.

While water rowers are not foldable, they can be stored upright. The water tank acts as a ballast to make the machine more stable when it is stored in this position. Many people, however, prefer to keep the rower as a centerpiece than to store it away when they’re not using it.

If you’re an on the water rower, either competitively or recreationally, a water rower is going to be the best way for you to replicate the experience. It’s also the best option to boost your power output.

However, for a more accurate rendering of your training diagnostics, the air rower will serve you better. That’s why more competitive rowers train on an air rower than a water rower in the off-season.

The fluid resistance principle behind the air rower is identical to that of a water rower: the only difference is the medium of resistance. With an air rower, that fluid is air rather than water.

The rowing action activates a large forward flywheel with blades rather than paddles which rotate against the drag of the air.

On both machines, rowing faster and harder will create a greater level of resistance. As a result, they are both forms of variable resistance.

On some air rowing machines, you can adjust the airflow getting to the flywheel with a setting known as a damper. Just like the changing of the water level in a water rower, many people think that changing the damper increases or decreases the resistance level. Once again, though, this is not the case.

The damper setting (which usually runs from 1 to 10), will adjust the ‘feel’ of your rowing stroke. So, a setting of 10 will feel like you are rowing a much heavier boat than a setting of ‘4’. It is directly comparable to putting more water into the tank of your water rower.

The damper setting is not the only thing that affects the amount of air that gets into the flywheel. So too does dust and debris build-up. This results in what is called the drag factor.

Air rower manufacturers put a cover over the flywheel to keep dust out. Quality air rower monitors will provide you with a drag factor rating between 1 and 200.

The monitor which sets the current air rower standard is the PM5, which is found on the Concept2 Row Erg.

The PM5 provides you with a running record of your …

Because it automatically calculates the drag factor, the results you get from the PM5 are more accurate than competitors. That’s why more Olympic rowers train on the Concept2 during the off-season than any other type of machine.

The air rower is best for a person who wants to get the most accurate rendering of their workout in terms of data points. That’s often the case with competitive rowers, but people who are focused on goal improvement by betaing their previous splits will also be better off with the greater accuracy of an air rower.

If you’re buying a rower for the use of all family members, you’ll find it less of a hassle to buy an air rower. That’s because you won’t have to adjust the water level to suit the training needs of different family members.

Air rowers tend to have slightly longer rails than water rowers, making them better for taller people (6’2” or taller).

Water rowers are more expensive than air rowers. If you’re looking at machines with similar monitor capabilities (keeping in mind that the air rower will be more accurate), you can expect to pay about 20 percent more for a water rower.

An air rower will always be noisier than a water rower. The gushing sound of the air being pulled in on every stroke is likely to drive your flatmates or neighbors crazy, whereas the gentle, calming swish of the water rushing around a water tank can actually be quite soothing.

Water rowers are bigger and bulkier than air rowers. The weight of the water itself may weigh more than a comparable air rower.

Water rowers are not foldable, whereas several air rowers can be folded for ease of storage.

Both can be stored upright.

The water rower will feel harder at the beginning and easier at the end of each stroke, which is more natural to the on-the-water experience. The opposite is the case with the air rower.

The monitor on an air rower is more accurate than that on a water rower.

Even though they make use of different mediums, air rowers and water rowers have the same fluid resistance format. As a result, they both offer variable resistance that allows you to increase resistance without making any manual adjustments; you simply row faster or slower.

Your physical rowing action on both machines is the same so that there is no biomechanical advantage of one over the other. However, air rower rails tend to be longer. So, if you are over 6’2” in height, you may be better suited to an air rower rather than a water rower.

If you are zeroed in on improving your PRs and want a machine that the whole family can use without any hassles, go for an air rower. But, if you’re after the real water experience and enjoy the smooth, gentle noise of the water turning in the tank, as well as having an aesthetically pleasing feature piece for your home gym, then opt for a water rower

Which is better water or air rower?

You can find quality in both air and water resistance rowers so generally this comes down to preference. The main debate when deciding on a water or air rower usually comes down to Concept2 vs WaterRower.

Which type of rower is best?

Water rowing machines are not necessarily harder, however when using a water rower, the beginning of the rowing stroke will feel harder than the rest of the movement. 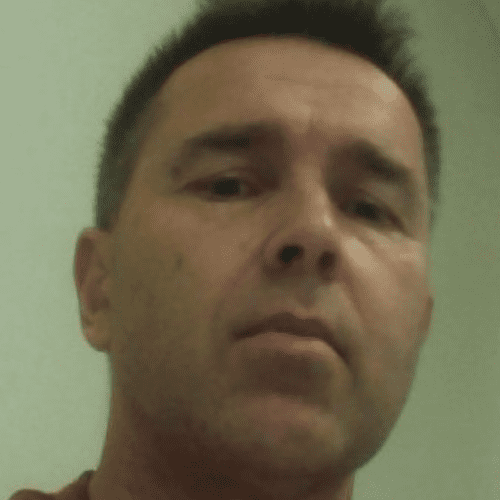