As winter sets in and the weather gets colder, more and more of us will begin to swap our outdoor cardio activities, such as running or cycling, for something a little warmer inside.

Now, as rowing is widely considered to be the most well-rounded type of cardio available, it makes sense that many people will be looking at rowing machines to achieve this. The problem is, to the untrained eye they may appear very similar, so how do you know which one to buy?

While there may be a number of factors that determine your ideal rower, the most important will likely be the type of resistance it uses. That’s why in today’s article I’m going to explain the different options you have when it comes to resistance, so at the very least you can narrow your search.

Why Is Resistance Type Important?

The type of resistance a rower utilizes is central to how a rowing machine works and functions.

It determines how the machine feels, how much control you have when setting your difficulty, the level of noise the machine makes, etc.

While some of the more cosmetic options available, particularly on newer styles of rower, may be what sells a particular machine, if you haven’t decided on the correct resistance type for your own personal needs, you’re almost certain to be disappointed.

When it comes to choosing your method of resistance, some of the key things to consider are:

While there may be other considerations beyond this list, these are usually the main ones.

So, now you know what you should be looking out for, let’s take a look at the resistance options that are out there to see which is the best type of rowing machine for you.

One of the oldest types of rowing machine available, air rowers are still the most popular variety around.

The resistance is produced by air being sucked into a flywheel which turns as you row. The more air that is pulled in, the greater the resistance you row against, and the harder it becomes.

They usually have something called a damper attached, which dictates how much air is allowed to enter the flywheel at a time. This allows the user to adjust the difficulty of their session.

The difficulty can be further altered by the speed at which you row, as the faster you row, the more air is pulled in.

As they are the most common type of rower available there is a huge range of these on the market, ranging from affordable, great value options to very high tech and expensive models, so there is something for pretty much everybody.

Check out some of our air resistance rowing machine reviews:

Another of the more traditional types of rower, at their core water rowers, operate in a similar manner to air rowers.

They still utilize a flywheel but instead of it sucking in air, it is submerged in water. This allows the rower to produce a much more realistic feel, as you are displacing the water with each stroke, just as you would if you were out in a real boat. This does however mean that they need to be situated on an almost perfectly flat surface in order to function properly.

They tend to be in a similar price range to air rowers, as for years they have been in direct competition. They do, however, tend to be a bit heavier and more cumbersome.

Check out some of our water resistance rowing machine reviews:

A newer variety of rower than the two we have looked at so far is the magnetic rower.

As with the other rowers we’ve looked at so far, a flywheel is a central component. This time, however, it is in a completely enclosed casing, with no water or air coming in or going out.

The closer two magnets are to one another, the more attraction there will be between them and the more resistance they will provide.

This means that adjusting the resistance is as simple as altering the distance between the magnets.

Not only does this provide a more specific and measurable level of resistance but it can be easily adjusted. A manual magnetic rower will have a dial you can simply turn to adjust the resistance and the electromagnet versions can be controlled using a button or by pressing directly on the touch screen.

Unfortunately, as you might expect, being newer technology makes this a more expensive option than both of the previous two.

Check out some of our air magnetic rowing machine reviews:

One of the newest types of rower on the market, these are essentially hybrids of two out of the three previous options we have looked at.

They can operate purely as an air rower if you desire or you can close the damper and turn on the electromagnets to turn it into a magnetic rower. You even have the option to combine the two methods simultaneously, generating its own unique variety of resistance.

This provides an incredible amount of versatility and range to these rowers. Users can mix and match as they choose, all on one single piece of kit.

However, as they are a relatively new variety of rower and have so much more going on than either of the individual styles of resistance that they utilize, they are generally the most expensive type of rowing machine on the market.

Check out some of our air/magnetic resistance rowing machine reviews:

Another type of rowing machine that has been on the market for decades, hydraulic rowing machines operate in a completely different manner to the other varieties available.

For a start, they are the only type of rowing machine that doesn’t feature a flywheel. They instead utilize cylinders or pistons to generate their resistance.

The resistance is determined by how much air, or occasionally fluid, is inside the piston. This can be adjusted by moving a pin, which controls the length of the piston, which will in turn determine how much resistance you are rowing against.

Another big difference to the other varieties available is that you aren’t pulling a single handle in a straight line towards you. Here you usually pull two individual handles in an arced motion, making it much more detached from real rowing.

While they are probably the most uncommon variety of rower these days, they do have their audience, as they are usually the cheapest resistance option available.

Check out some of our hydraulic resistance rowing machine reviews:

So, as you can see, this is an area where there is a great deal of variety and therefore there’s never going to be an option that suits everybody’s needs.

Hopefully, though, I have been able to help you determine which variety best suits YOUR needs.

In case you still have any uncertainties though, as a general rule:

Now, knowing all that, there shouldn’t be any doubt which type of resistance is right for you. All that’s left is for you to decide on which particular rower is best for you and you can row your heart out, from now till spring and beyond. 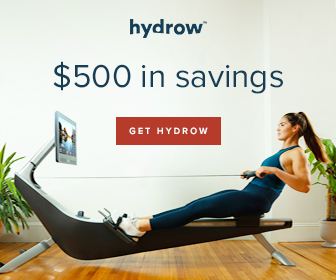